Today, 11th of July of the year Domini 2015, Laura is losing her power of reasoning, her judgement and also a copious amount of fluids while compulsively complaining about the heat as she sits in front of the air conditioning.

The fact that I am talking about myself in the third person should give you an idea of how alarming and serious the situation is.

I don’t know, maybe you have already guessed it, but I cannot stand the heat for a period beyond 30 days. After such length of time I generally start declaring my once again new found hate for the heat, summer and mosquitos. But I feel like I should give this hate some kind of reasoning: 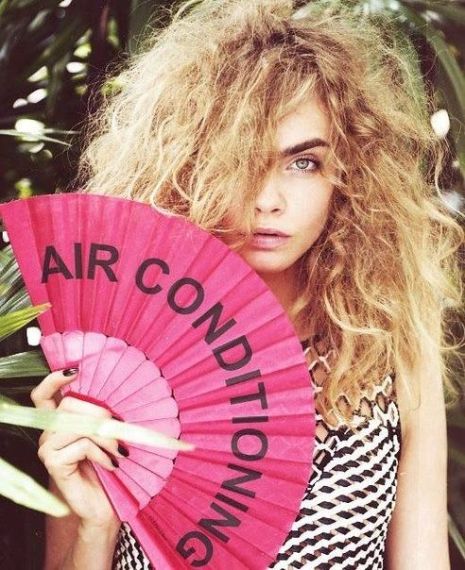 My hair right now and for the rest of the summer

Everything smells like rust, metal and sweat. I have yet to discover the scientific reasoning behind this phenomenon, but during the summer I smell metal everywhere and it drives me insane. Winter = fresh air, no smells, no mosquitoes. Summer = rust, sweat and probably spores of cholera in the air.

★A portable shower becomes a necessity

You leave the house and you’re all set, you’re clean, pretty and you even sprayed a touch of that Prada Candy you love so much.  The clothes you’re wearing are clean and crisp and your hair is frizz-less.  After stepping outside for ten minutes you feel -and look- as though you just fought a war in the desert trenches; the hair is now tied up and resembles that of Severus Snape; even your under wear is sweaty and you keep contributing to the above points. Those who “I love summer!” were almost certainly blessed with silky, shiny, straight natural hair.

★Prosciutto & Melon and other follies

I hate what is commonly considered summer food, because the so called summer food gives no satisfaction at all to the palate and I don’t -can’t- think of it as real food, just a step from the fridge to the table. I don’t consider slapping ham and melon, mozzarella and tomatoes or cold pasta on paper plates as cooking.  When I hear someone say “Let’s cook something summery and fresh” I start crying on the inside, because that never means a plate of seafood, or a plate of spaghetti with bottarga and cherry tomatoes; what they really mean is tuna and sweetcorn.

★One cannot live in the fiery abyss where the One Ring was forged.

Who do you think I am? Sauron?

Am I seriously expected to live peacefully during those three summer months when I can’t even rest my laptop on my lap without feeling like I’m being burned alive?

★There are no real clothes

What satisfaction can we get from buying tank tops when in October shops are full of beautiful outwear form Cos, soft angora sweaters and parisienne like knee high socks that make us feel like Blair Waldorf? But above all, why does everyone run around the city looking like lifeguards coming straight from the beach?

Mosquitoes, gigantic spiders, wasps, orgres, goblins at every turn. Need I add anything more? Oh yes, the anti-mosquito spray that smells like lavander and geraniums.

Feet as the main subject of every damned photo of the beach, ass out and arms raised to the sky. Instagram is overrun by photographs of thighs, with a caption that solemnly tells us that they have the sun inside, the sea, the sand and god knows what other atmospheric agent.

l can’t even with this one. I can’t miss a waxing appointment, forget the razor or skip the nail varnish. It’s an ongoing maintenance. Summer = Shit, I saw myself in the mirror before leaving the house and noticed a strip of hair I’d forgotten to shave. I can’t leave the house. AVADA KEDAVRA. 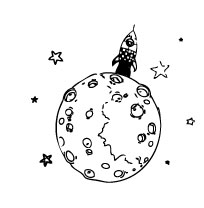