Do you want to conquer the world wide web?

Do you desire thousands of Instagram followers so you can happily Instagram a Starbucks coffee and instantly receive 10,000 likes?

A good way to achieve this would be to Instagram photos of your buttocks, but just in case you’re looking for a more morally accepted system, it would be a good idea not to commit these social evil deeds.

I said hospital but it also applies to dentist and any other kind of medical issue. What comes into your head? Do you still live in the trauma of having your appendicitis removed? Did they bully you on your first day of high school by practicing methods straight out of the Foreign Region? Was your secret wish to be an emo but were too old by the time you realized? What kind of problems do you have?

Do you pollute your photos with tags such as #today #eat #too #much #thedietstartstomorrow?

Know that, in addition to the instant unfollow, whoever follows would you probably also wishes to stick your head in the toilet.

Hello, stop by my page for advice on diet and fitness. Do you like fashion? Every day thousand of tips on my page! Like me and I’ll follow you back #like4like————>

Without indulging in the delicate subject that is food, I’ll just say that those fake fat-and-pimples-inducing-food eaters have already duly been proven wrong, but they nevertheless continue undeterred to believe we are all idiots. If you’re as skinny as Kate Moss and post similar photos, then it’s obvious your followers will rightly sing hymns to the jihad.

You lie down on the bed at 22:30, after a day dutifully spent doing whatever, a packet of biscuits in hand, you open Instagram and the latest photo appears on your news feed, moralistic and reviving your sense of guilt. The photo in question belongs to HER. Any one random fitness-guru you may have committed the mistake of following during those #thedietstartstoday spur of the moment(s).

She is the queen of those Nazi-fitness girls and their profile full of sculpted abs, green juices and egg whites.

She is the epitome of extreme sports. And those Runtastic screenshots aren’t much better.

Are you a regular jogger?

I don’t give a fuck.

At the third combo of running shoes&poetic caption… unfollow.

This is for the pros, for those already half way up the social network ladder, for those who risk that, when seen in real life, someone will tweet about them saying “Jesus, she’s pretty ugly in real life”.

But how do they succeed at looking as hot as they do on the internet?

By the ancient rule of one in a thousand succeeds.

Out of a thousand selfies there’s definitely a good one in there somewhere, then there’s a thousand filters, cuts, trims, a little poetic phrase as a caption and Voilà!

The dumbest of them all use photoshop.

There’s an old Chinese saying that goes: “Look out, if attending a social event where it’s full of people then you can’t photoshop your legs before instagramming the picture: someone could have beaten you to it and have already uploaded an untouched picture of you.”

That’s how you run into those moments commonly refered to as “awkward“.

Spoiler: Your followers will be able to tell if you’re pretending like a tired and bored wife.

8.Wanting to prove something wannabe bourgeois

Pictures of Audis, of rolexes, of Montecarlo, bottles of champagne all tagged like #richlife #money #dollars #livinthelife

It isn’t necessary, so avoid browsing aphorisms sites while desperately trying to find an intellectual caption for you tits featured in the photo you intend to post. It’s 2015, you can post whatever you like without having to utilize false pretenses to disguise it.

If the world was a righteous place, we’d only need the hashtag #boobs on this picture. But no.

“Save the love for outbursts of affection, for hugs, for kindness. Hug the people you love. Don’t hold yourself back”. 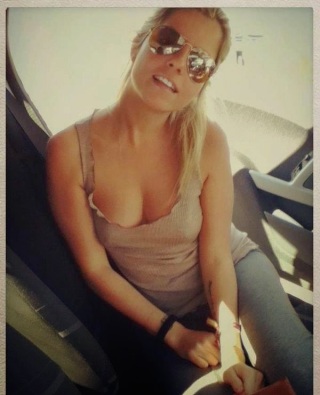 I can overlook the tragedy of photographing your meals on paper plate, but what the hell are you eating? Moreover, why would you want to share these disasters with the world? How could you cook a pasta covered in pink sauce and tag it #yummy?

One response to “Ten things not to do on instagram”