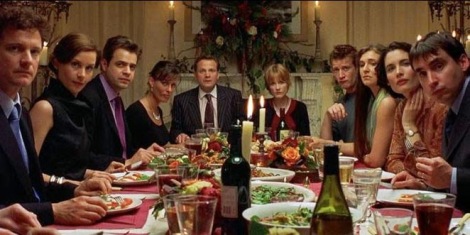 I don’t understand people who dislike Christmas, perhaps they were beaten with a candy cane while their siblings unwrapped Christmas gifts or instead of watching Home Alone they were made sit through Christmas Evil.

I don’t think there are any rational explanations to not love Christmas except an unvanquished childhood trauma.

Sure, maybe not doing the following things could make Christmas a universally loved celebration.

1. Excessing with the Christmas decorations

You lost the last bit of good taste when you had to go out and buy neon pink christmas balls to hang on the bushes.

Don’t do it. Stop with the “when will you get a boyfriend?” “I have a friend I want to introduce you to”. Just mind your own business. Don’t fuel these type of conversations, cause next year it could be your turn!

3. Going to stores that commit the crime of selling red glittery lingerie.

This social affliction will never end and I believe it is one of the major causes that push people (or women at least) to hate Christmas.

I know I said that since we’ll all be wrapped up in a large Christmas jumpers you can eat away, but after the third serving the situation just becomes awkward. Not to mention: food coma.

It’s almost 2016, chains about joy and emotions should not be legal. Do not give in, do not be overcome by a fit of goodness driven by a glycemic peak and say NO to chain letters.

There’s a good chunk of the population that only resorts to Instagram twice a year: while they’re on holiday in August and during the Christmas season. The rest of the year consists of complete desolation. To correctly use instagram I’ll refer you back to this evergreen guide.

7.  When they told you recycling was important for the environment they didn’t mean Christmas gifts.

Let me tell you a story. Once upon a time a friend of mine -spoiler me- received a questionable gift. I’m pretty sure it was a book that I wasn’t keen on. This girl, believing she was being sly, tried to carefully re-wrap the gift. After the meticulous work, she realized  there was no gift note, but didn’t think anything of it assuming she must’ve thrown it out. The girl then proceeded to hand over the gift to a friend bearer of bad taste. When the gift was unwrapped before her eyes, she discovered where the gift note was gone: “For Laura, Happy Christmas”.

The moral is: you can always tell when a present isn’t sincere. It’s better to not give anything at all.

8. Turning the front of your house in a representation of Las Vegas

Perhaps ESB sends you home a basket of gifts every year, but some people need to be told that there’s a difference between a suburban house and the lobby of the Cesar Palace in Vegas. 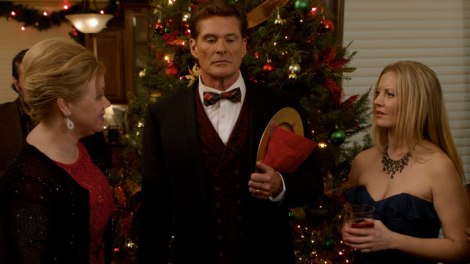